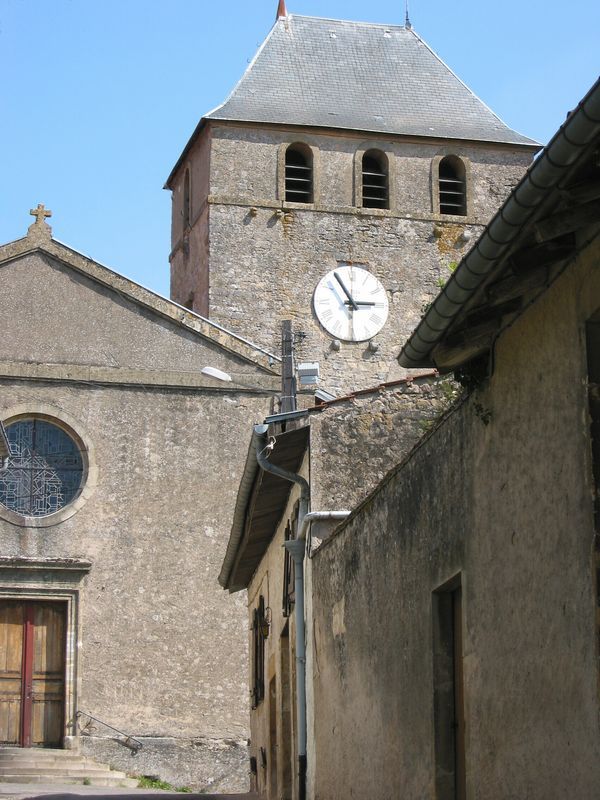 Originally, Saint-Rémi, secular foundation, was a State private chapel. But the main family from Onville, heir to the founder of the field, had to settle after Mil Year, to ensure the function of local attorney in favor of Gorze. Walter Knight of Onville in 1227 establishes a will completely in favor of gorzienne Abbey and Saint-Rémi parish. The original modest chapel was probably enlarged a first time in the ninth century. The aster was already looking like it still remains, at least for the inhabited part. The eastern part of the aster was only made up of winemakers houses whose cellars in the basement are now very often uninhabited. The aster would have been in work during the eighteenth century, which would have resulted in the need to temporarily remove the houses at the rear. Built at the expense of the community, rectangular and imposing bell tower is a fine example of what could be a fortified tower in the Middle Ages.