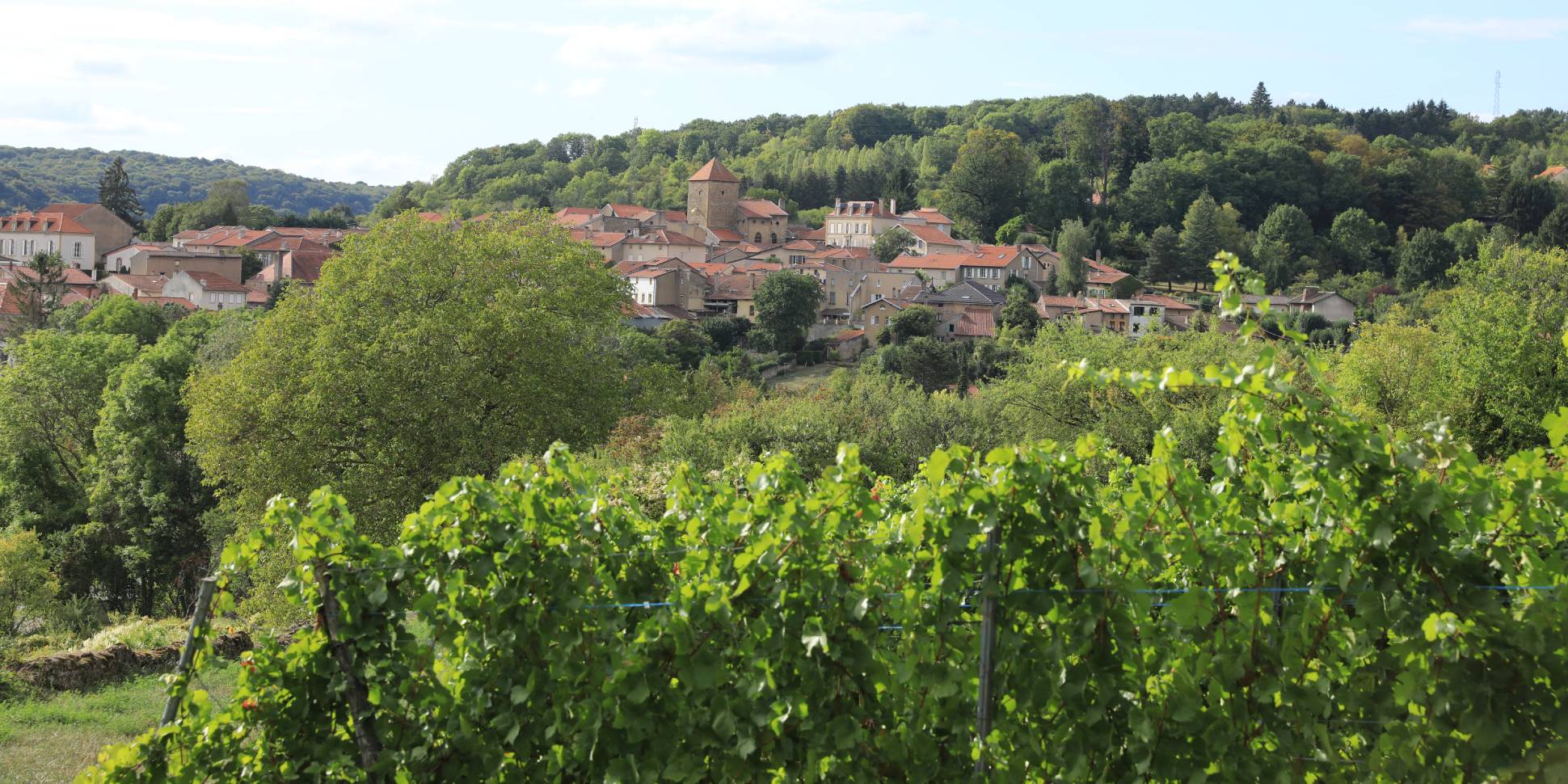 Lessy is a picturesque village located on the eastern side of Mont Saint-Quentin, where the springs flow. The grapevine was associated with Lessy from the Middle Ages until the end of the 19th century. It has a natural heritage with the vineyard which covers the slopes of Mont Saint-Quentin, but also an architectural heritage with the Saint-Gorgon fortified church, classified as a Monument Historique (Historic Monument). Follow the village trail, past the stone houses, the vineyard and the natural springs.