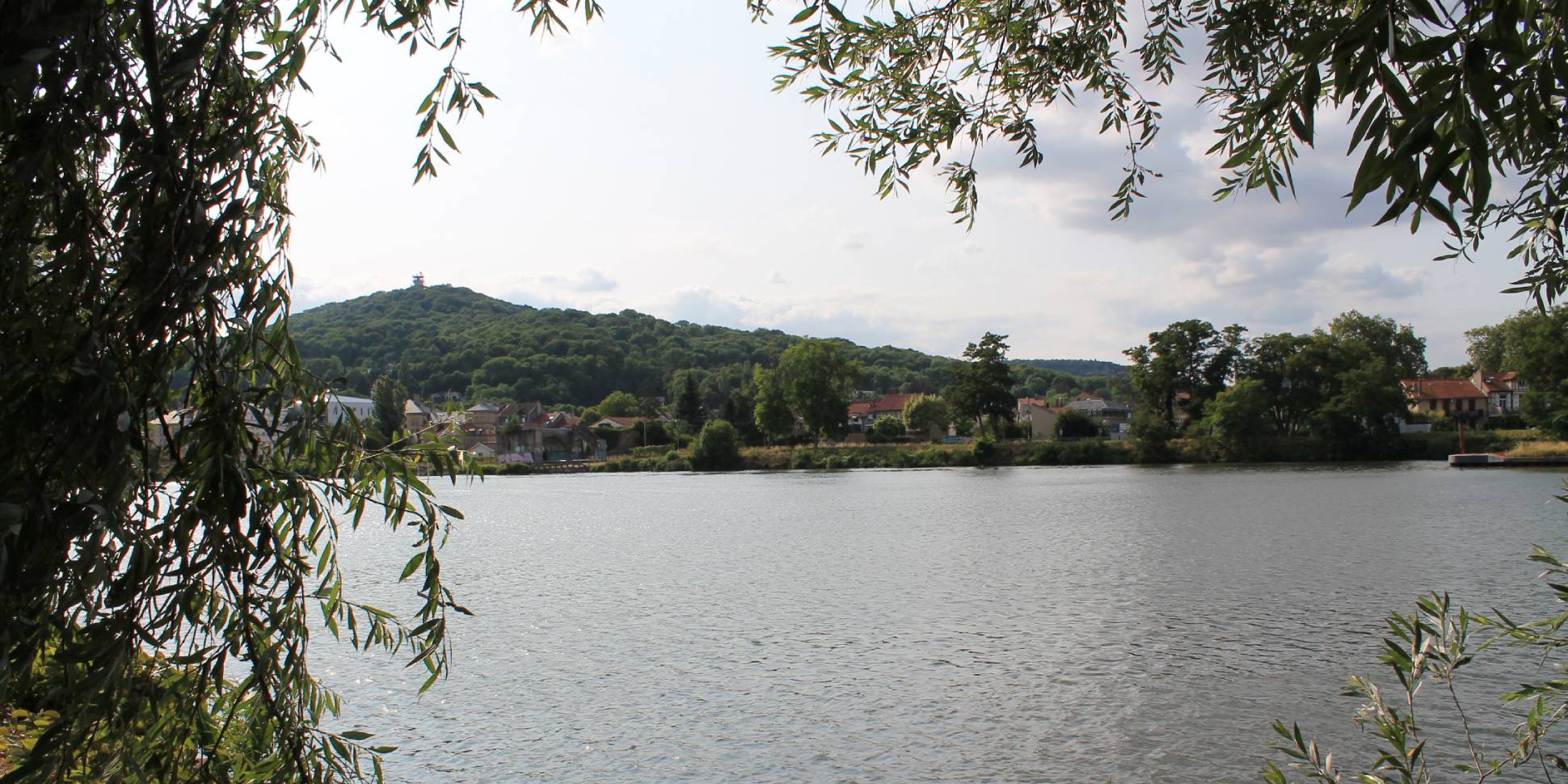 Originally, the village was only made up of one or two farms dedicated to growing vines that were planted on the hillside of Mont Saint-Quentin by Roman legions.
Longeville is made from two parts that are separated by the Moselle river, and was progressively urbanised after the defeat in 1870. The village, dating back to the Gallo-Roman era, is located to the west, along the side of Saint-Quentin. While île Saint-Symphorien stretches out to the east, with the Parc du Grand Patural, the lake equipped with a water sports centre, and the Moselle oxbow lake.