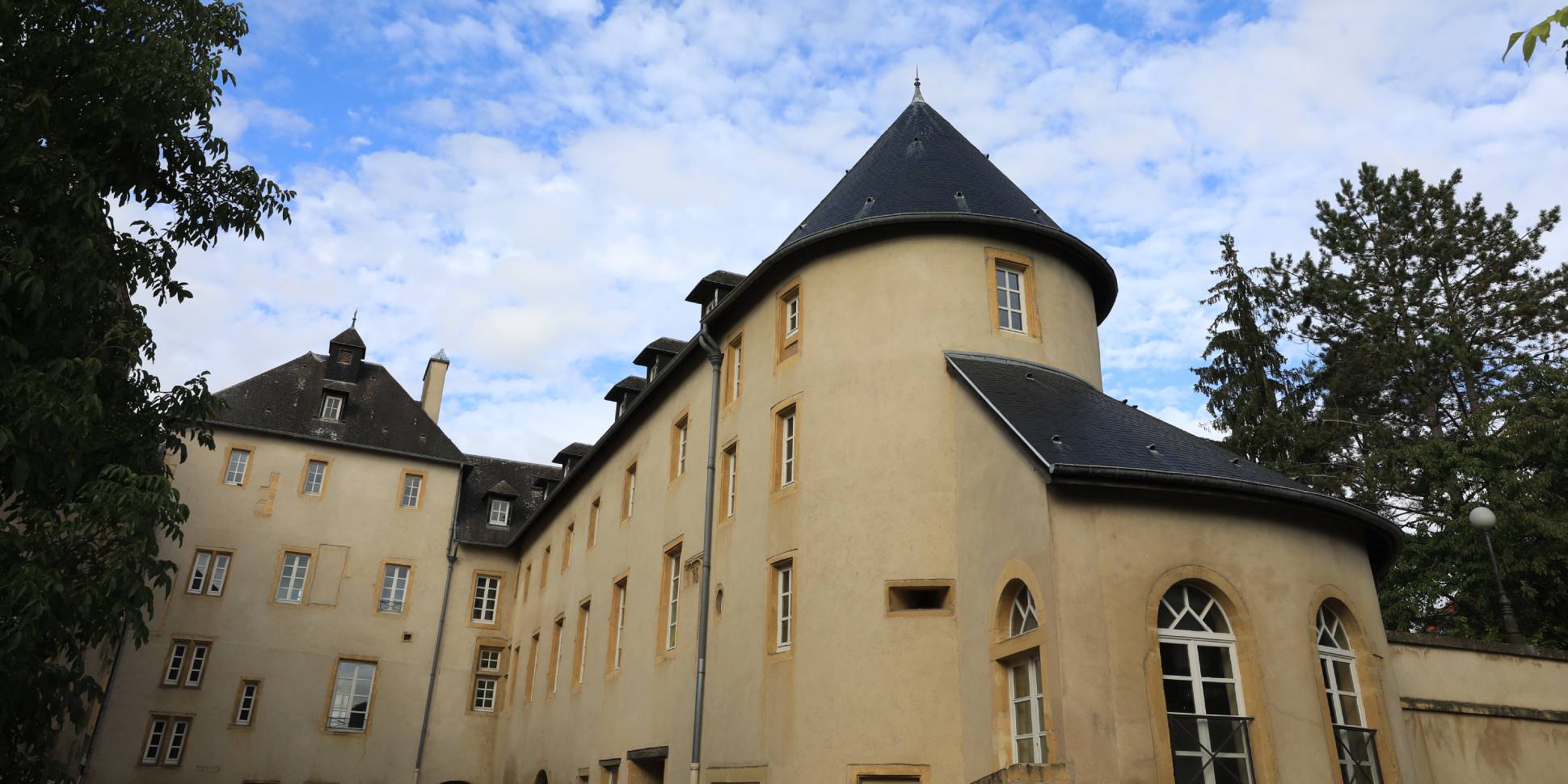 The first mention of Moulins-lès-Metz appeared in 936 under the name “Molendinum”, a small town with many mills.

As a strategic place on the banks of the Moselle, it saw the construction of two fortified manor houses in the 15th century that still exist today: Château Fabert, which hosted King Henry IV of France in March 1603, and Château de Grignan.

As for the bridge, it is the oldest in the region. It has spanned the prairie since 1614 because the Moselle stopped flowing under its arches. It has been classed as a Monument Historique (Historic Monument) since 1989.