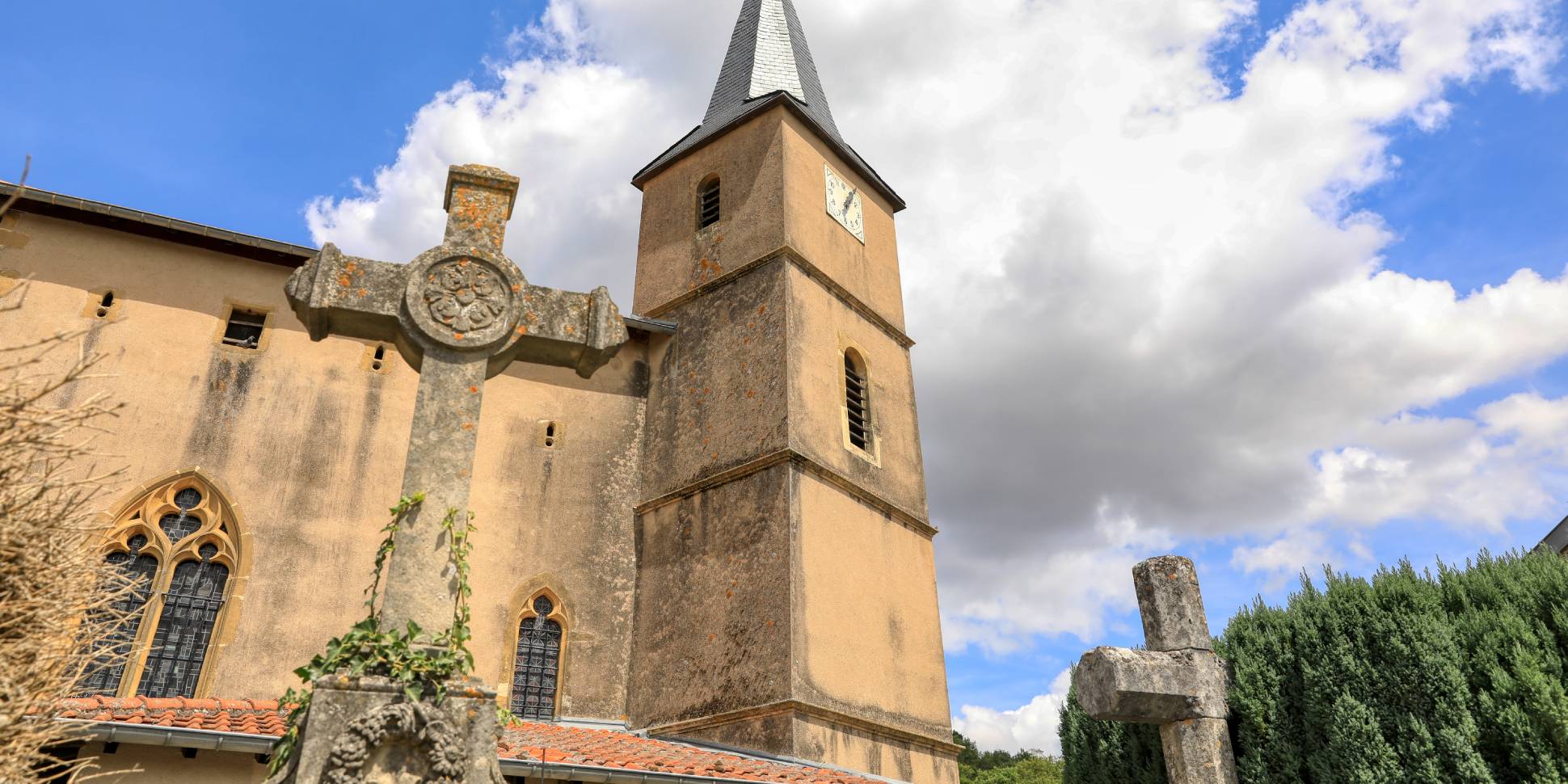 In the 12th century, Saulny was an organised village where life was good and the land was fertile.
The commune had previously been known as a wine-growing area, but at the end of the 18th century it leant more towards craftsmanship, no doubt due to the proximity of the Metz garrisons.
Saulny was the victim of many attacks, as it was a subject of contention between France, Metz and the Duchy of Lorraine. The 13th century the surrounding wall of the church (which was built in the 15th century) still remains today.

Hiking trails mean you can enjoy a very beautiful view of the Moselle valley.