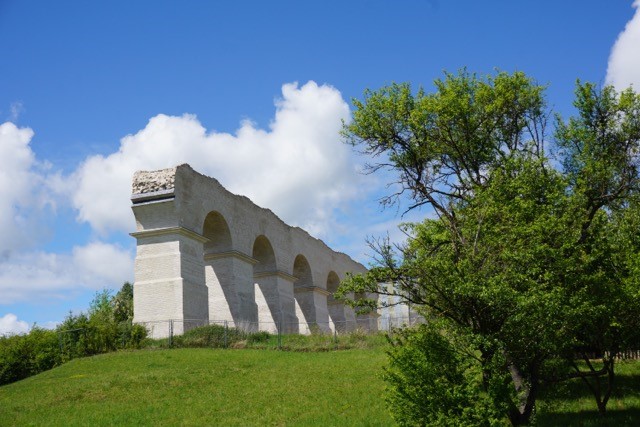 The monument, with a length of 1128 metres, links the two banks of the Moselle and had 110 columns that were, for the highest, 25 metres high. It only was the air part of a 22 km-pipes transporting the water from Gorze to the thermal baths and fountains of Metz. It dates back to the 2nd century AD. The monument is one of the best preserved of the Western Roman Empire. Formerly known as the "Pont du Diable" ("The Devil's Bridge") by the inhabitants, the monument has been restored several times since 1837.