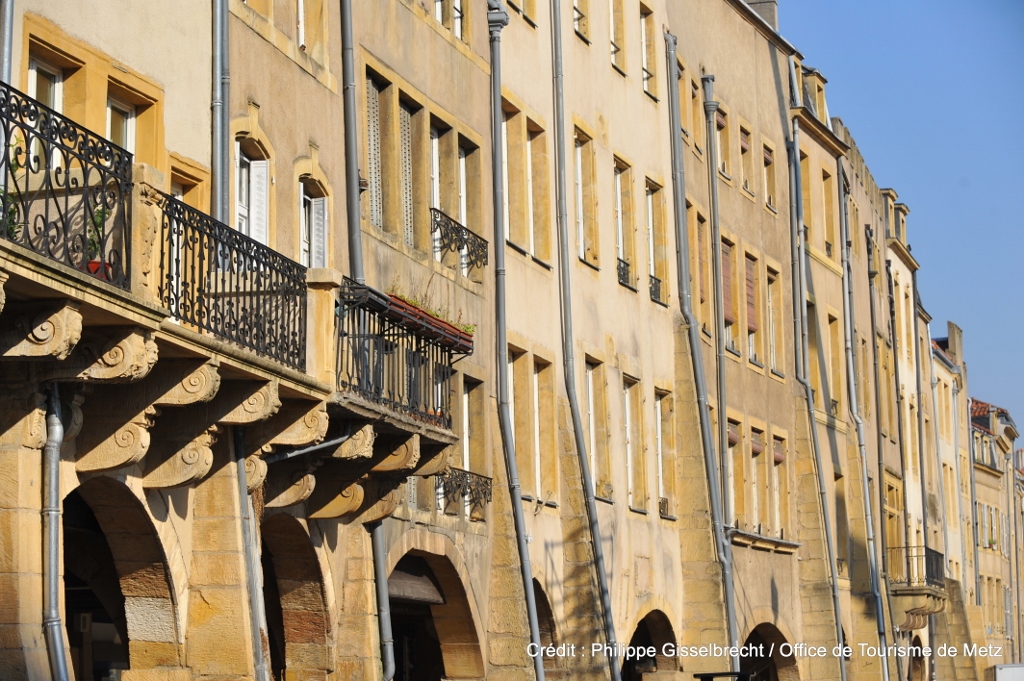 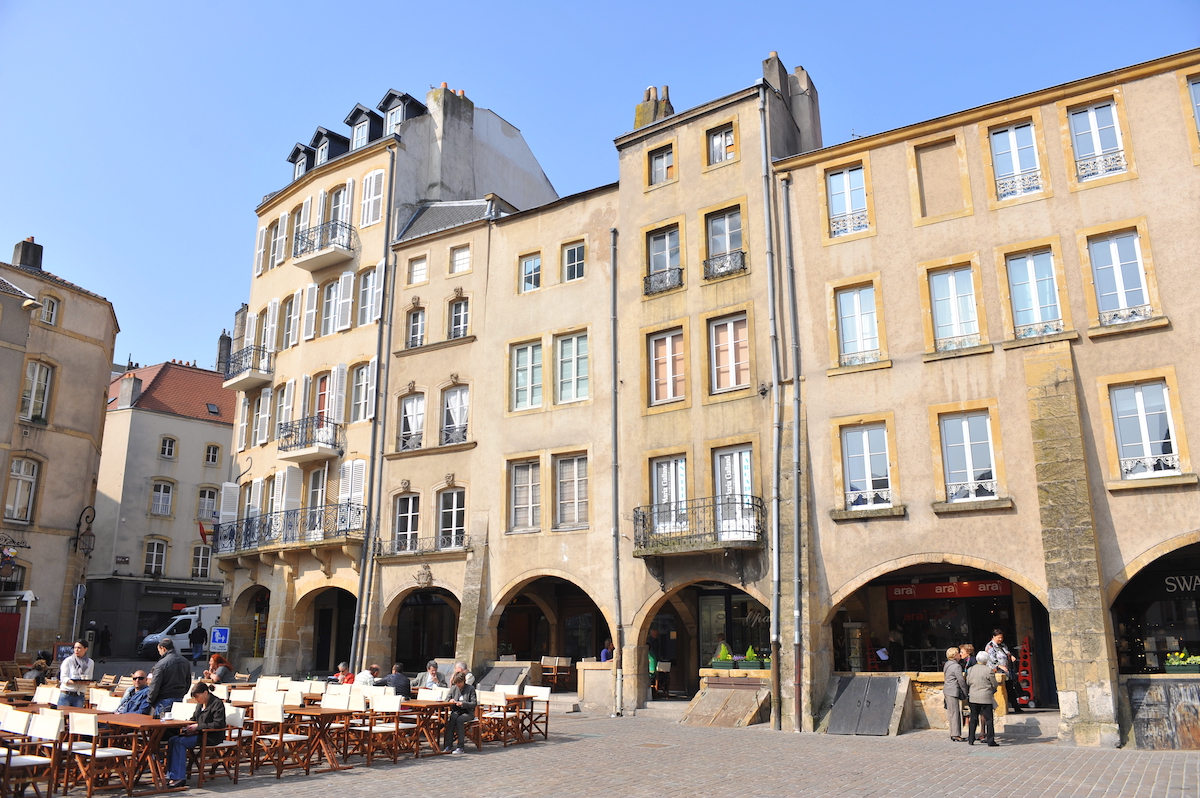 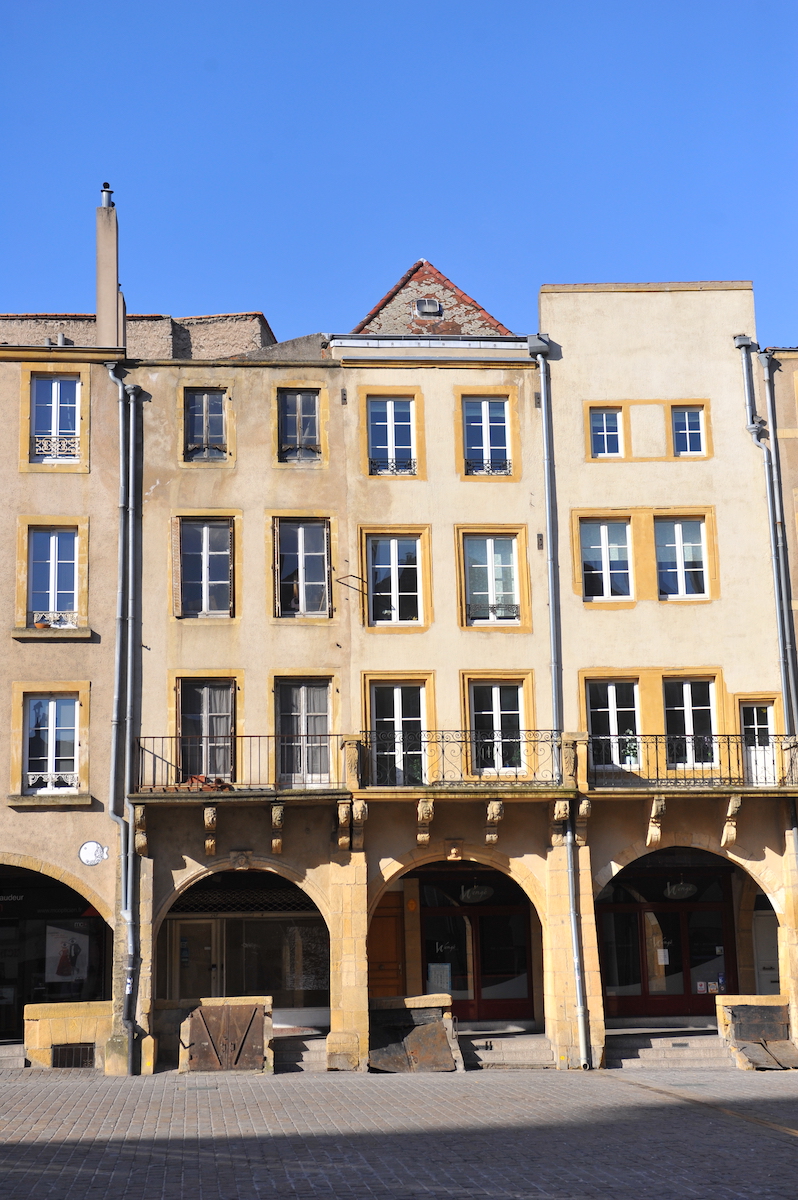 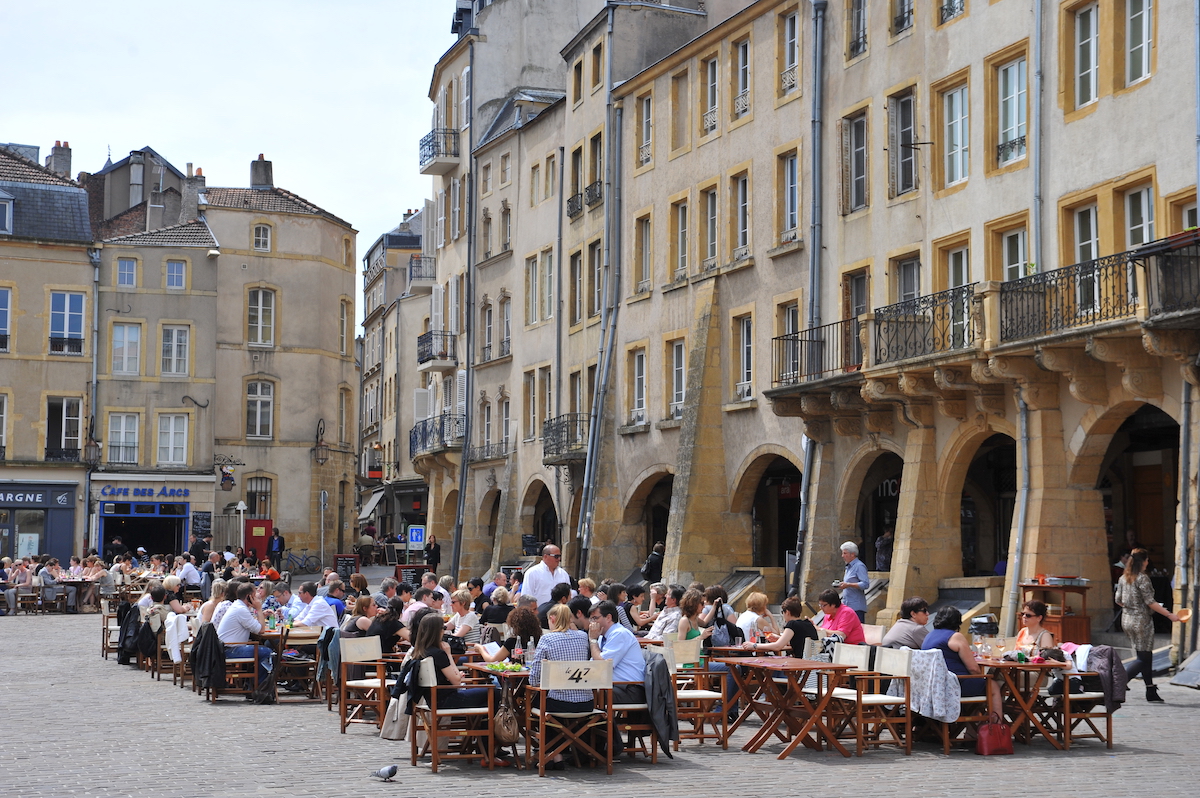 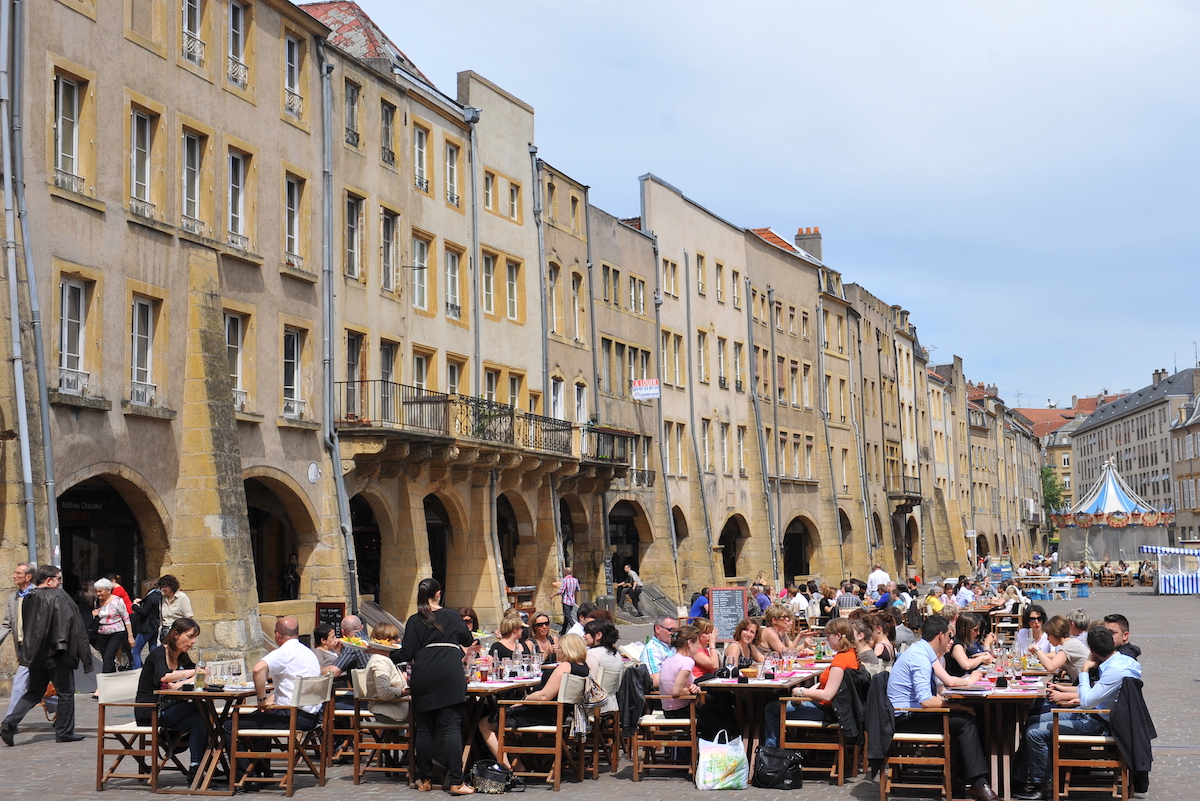 The place Saint-Louis was created in the 14th century. Originally, it was an area that was crossed by the Seille river and occupied by money-changers. The Mediterranean atmosphere of the place Saint-Louis is evident in the alignment of the houses, attached to one another. This unique appearance is reminiscent of the squares and public monuments of the Italian Republics and its aspect is very similar to Siena.